The occasion for this event was for him to circumnavigate his small homeland at the call of his ancestors. This is an excuse for us to tell about this place.
This place in Eastern Europe is unique, but there are few people on earth who know about this place or heard about it. This is the Valdai Upland, the highest point in Eastern Europe, from where originate such rivers as the Volga, the Dnieper, the Daugava .... They flow in different directions of the world and flow into different seas. Here is a great watershed. On this mountain there are a lot of lakes, a channel, islands that appeared in the last Valdai glaciation 7 thousand years ago. All together they are usually called Seliger, named after the largest lake.
This is the place of seniors.
Here on the lake there is an island on which, according to legend, the hermit Neil began to live alone in a dugout and prayed to God. He is from the galaxy of those 15th-century Hesychast hermits who organized monasteries in the northern forests that later became monasteries-the backbone of the nascent Russia after the collapse of Kievan Rus (the wreck occurred as a result of the murder, as a result of the intrigues of Yuri Moskovsky, the last legitimate heir from the Rurikovich dynasty, according to the ancient Russian "Lestvichnomu" right, St. Michael Tverskoy). This place before the revolution of 1917 was the center of pilgrimage mainly of the Karelian and Finno-Ugric population.
These Fino-Ugrians are in Russia indigenous (aboriginal) peoples and were called in ancient times "chudyu". Chud (miraculous) in the Germanic epic survived under the name of the elves.
Several decades ago, at the Nilova Pustyn monastery, where President Putin was diving into the ice hole in the night of the Epiphany, there was a prison for Polish officers captured in 1939 during the short-term alliance between Stalin and Hitler, then there was a Soviet prison for juvenile offenders. For some time, the Nilova desert was deserted and ruined by nobody, until some businessmen from Tver, led by the abbot of the monastery by the priest Vassian, began to restore it in Gorbachev's time. A significant contribution to the restoration of the Abode was made by the director of the Tver excavator plant Pavel Pankratov. Now new people in the monastery about the first sponsors no longer know how they do not remember the very first rector
A few years ago, the Kremlin youth trained the monastery cemetery, which they were preparing to counter the expected Maidan. However, these young people then disappeared somewhere and the project was closed.
This place has a more ancient and therefore less famous history. Karelians, and other Chudskie peoples, from time immemorial settled this area, not just made pilgrimages here. Here in the earth under the Christian shrines were their ancient temples. Toponym Valdai - "Vala (Veles) Give." Here is very near the island of Gorodomlya (House of Gore). Gore, as in Egypt - the son of God. This island is seen from the Nilov Monastery of the Deserts. He lies on the same meridian as the city of the priests of Thebes in Egypt.
In the earliest centuries, the builders of the pyramids calculated everything on the stars, leading a "bushel trip" from the oldest northern temples. In Valdai there are 33 meridians - the highest Masonic lodge is 33 degrees.
In Soviet times, Gorodomle had a biological weapons laboratory designed to create microbes capable of destroying enemy armies and enemy states. When it was closed 70 years ago, German designers were kept here, taken out of the Soviet zone of occupation of Germany. They here for the first time painted a missile drawing on which Yuri Gagarin flew. The conceptual design of the launch vehicle was then finalized by the engineers of Sergei Korolev.
This is the place on Lake Seliger. Now on Seliger many private islands, which belong to the highest Russian nobility, near Valdai is the residence of Putin. If Putin did not swim here in the ice-hole, then you would not have learned anything about such a fantastic place. Putin is circling around, which has been circling for a year already, someone is calling him and somewhere ... And it seems that Putin can not find the sacred point, and he can not learn the secret of his ancestors, even though he is very close to him.
Gennady Klimov 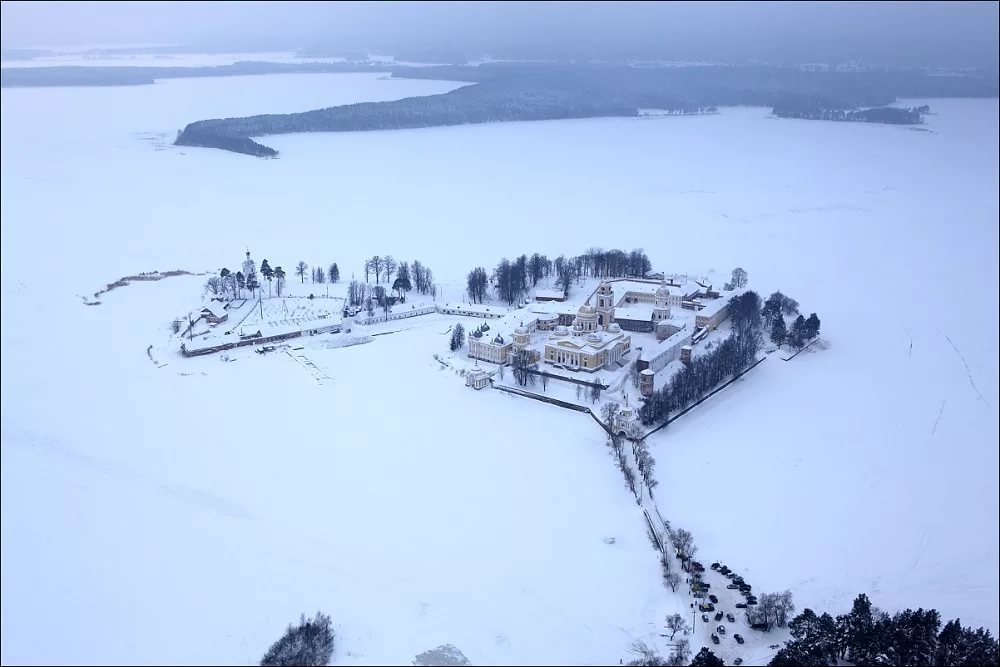 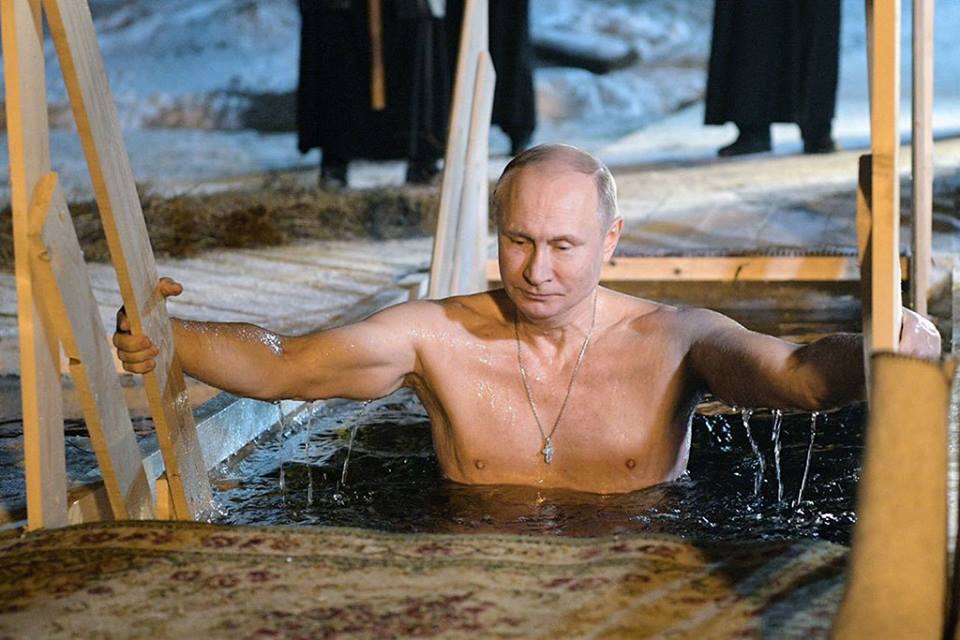 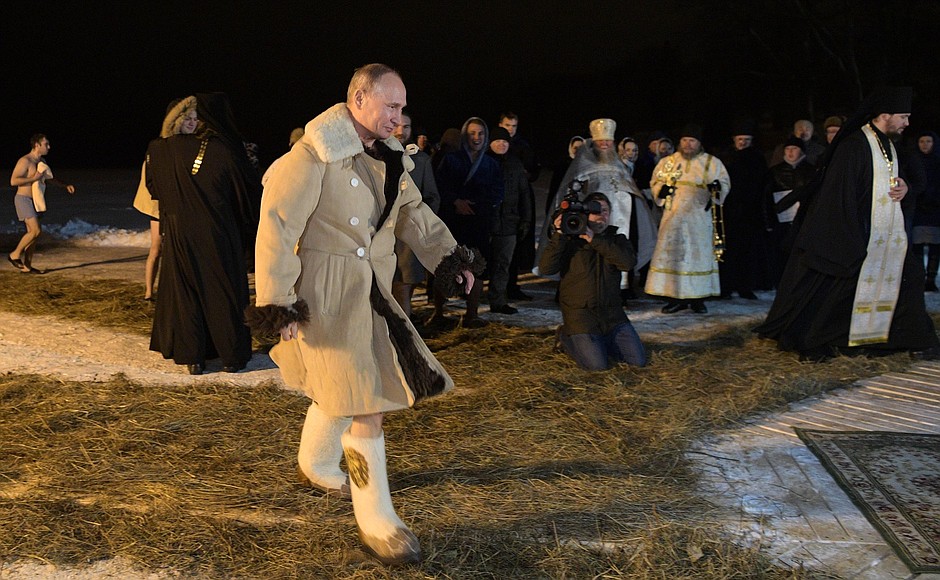 The Chinese have preserved in the practices of Qigong and Tai Chi Quan the fragments of the once universal knowledge that have survived to the present day. This is a special technique of systemic comprehension of the world, in which space, society and man are arranged in the likeness.
Teacher Paul told me today: if you think and move correctly, then there is not a single chance for diseases. This applies to man, society and the cosmos itself. All the diseases from the fact that we create our own problems.
It is important to understand this especially at the present stage of the technological revolution. We are approaching the point of no return. We started using artificial intelligence. But he is also a stupid intellect. Regardless of the scenario (nuclear, environmental, social, etc.), Unthinking Machines (stupid machines) will become the main catalyst for the Apocalypse. And, conversely, intelligent machines (smart machines) can become its deterrent. We can create smart machines, but we continue to make machines stupid?
Intelligent doing (hesychasm) is also a secret Christian doctrine. It was transferred by Jesus Christ to the three most trusted disciples (there were twelve of all the apostles, but he told the teachings only to the three) on Mount Tabor. He taught on earth to see God. In fact, these are not just beautiful words from the Bible. This is a special technique of the mind, which allows us to perceive all sciences and religions in unity.
Orthodox Christianity was created by the Almighty to be the soil and support for the Christian Order "Intelligent doing ." However, the positions of true Orthodoxy many generations of "new Pharisees" distorted and falsified.
Во времена Византии Св. Григорий Палама вернул его (hesychasm) практику православия, хотя паламиты, возглавлявшие византийскую церковь, могут быть названы исихастами лишь с оговорками. Истинное место сакральной горы Фавор открывается далеко не каждому. А без этого любое знание рассыпается на различные частные мелкие науки и религии, и человек не может видеть целого.
In the Byzantine times, St. Gregory Palamas returned him (hesychasm) the practice of Orthodoxy, although the Palamites, who led the Byzantine church, can be called hesychasts only with reservations. The true place of the sacred Mount Tabor is not open to everyone. And without this, any knowledge is scattered into various private small sciences and religions, and a person can not see the whole.
It is no accident that hesychasm became a phenomenon in the religious life of Russia in the 14th-16th centuries, when the preachers "Zavolzhsky elders" appeared on the Upper Volga River. They created the New Thebaid on the banks of small rivers (Tvertsa, Tmaka, Darkness) at the source of the Volga, where a large number of small monasteries arose. There they argued about the Tabor light, about a single knowledge and prayed passionately to God. They, the inhabitants of these small monasteries, created Russia. However, this independent of the community of small monasteries irritated the Moscow church and secular authorities. By the decree of Queen Catherine II, the independent Christian Northern Thebaid was eliminated.
Five hundred years have already passed. New Pharisees and Sadducees pulled away Christianity on national apartments, defiled with patriotism, buried under the tones of garbage fictitious scientific dissertations. What was left of the people? With bureaucratic science? Helpless medicine? The orthodox fanaticism of illiterate priests?
It's time for a new revival. Come, dear people, who consider themselves to be real scientists and true Christians, to our club in Tver. We will deal with Qi (氣) and Gong (功). Through him, I hope, we will return to the wise work.
Mind is a consequence of the singularity of "intellectual hubs", manifested in one form or another. The need for a scientific approach to the problem of creating "artificial intelligence" is becoming more and more obvious.
Gennady Klimov 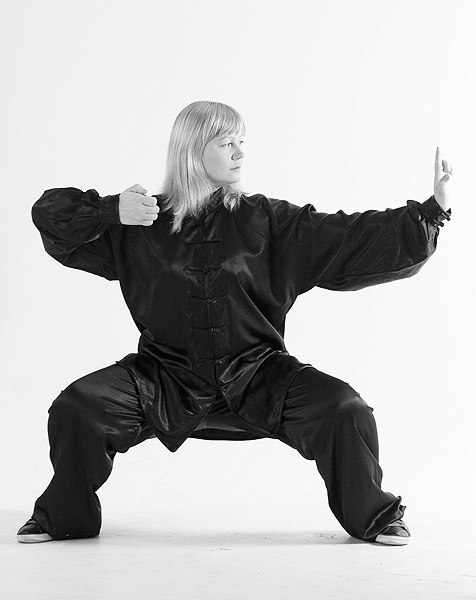