Today, for the first time in the winter, there is a sun on the shores of the Arctic Ocean!
Old New Year! This fantastic date can only be understood by the Russian. This concept can not be explained to a foreigner. Do the Russians themselves understand what they are celebrating on the night of January 13?
The watershed of the rivers flowing to the south and the rivers flowing to the north was the natural boundary of the oldest civilizations. The Greeks called the northern country behind the Riphean mountains (watershed) - Hyperborea. There the sun after the winter darkness first appears above the horizon on January 13 (according to the current calendar). This date was also inherited by the Romans, through Egyptian astronomers. 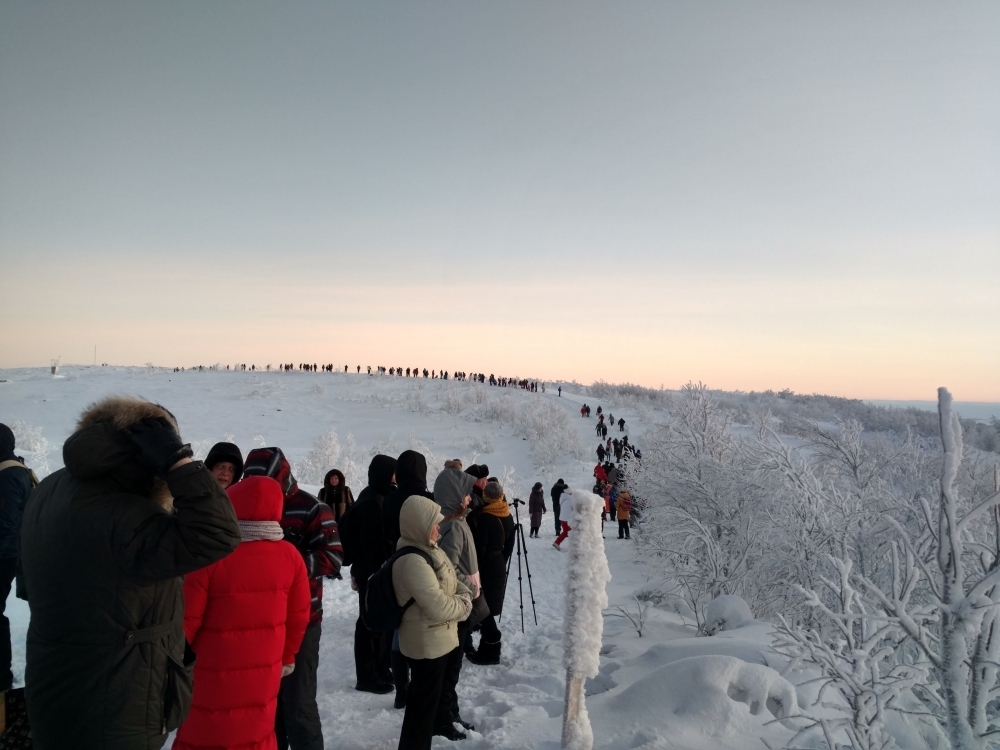 The most ancient settlements are in the Chernozem region in the south of Ukraine and Russia. This was due to the Wurms glacial period, which grew into the Valdai glaciation. When the glaciers began to recede, the people moved after them. In the north, one of the most ancient civilizations emerged, in which seriously engaged in astronomy. And what else could they do there, when the winter in these parts six months a night? It seems that it was the Hyperboreans who inherited knowledge of astronomy from all the other more southern peoples.
The Julian calendar was developed by a group of Alexandrian astronomers led by Sozigen. The calendar is named in honor of Julius Caesar, by order of which was introduced in the Roman Empire from January 1, 45 BC. e. The duration of the year in the Julian calendar is 365 1/4 days, which is 11 minutes longer than the length of the solar ("tropical") year. Because of this every 128 years an extra day accumulates. Because of this, for example, Christmas among Russian peoples, initially almost coinciding with the winter solstice, is now gradually shifting towards the spring. The greatest problem was the displacement of the day of the spring equinox, from which the Passover is counted.
Protestant countries abandoned the inexact Julian calendar gradually, during the XVII-XVIII centuries; The last were Great Britain (1752) and Sweden.
In Russia, the Gregorian calendar was introduced by decree of the Council of People's Commissars, signed by Lenin on January 26, 1918. In 1923, Patriarch Tikhon attempted to translate the Russian church to a new style. But he was pursued by Stalin and he did not have enough strength to fulfill his intentions. Soon Tikhon died. However, the "Russian Orthodox Church" re-created in 1943 by Stalin, which in this form has survived to the present day, has remained with the outdated chronology ... It is necessary to call it in a different way on January 13: for example, as the day of the first sunbeam in Murmansk?